Shortly before the broadcast of this year’s BET Awards, footage surface of Nipsey Hussle getting physical with an employee for the awards ceremony.

According to TMZ the dispute ensued over where Nip parked his car in a nearby parking lot outside of the Microsoft Theater. Nipsey’s crew allegedly moved some cones out of the way for the west coast rapper to park, and when the employee contested, things escalated.

In the clip, the employee can be seen knocking a cone out of the hand of one of Nipsey’s bodyguards. Without hesitation Nipsey soon slaps the dude across the face. An officer immediately restrains Nipsey as others can be heard in the background instructing the emcee to “chill.”

Despite initial reports that he was arrested due to the altercation, the rapper can be seen entering his car at the end of the full video and soon enough, he was the act who would open up the BET Awards ceremony alongside YG.

Naturally, the Internet is going crazy over the video. A lack of full and proper details can’t dictate who was truly at fault here, but the rapper definitely proved that his gangster is not to be tested with his “Victory Slap” already being a highlight of the evening. 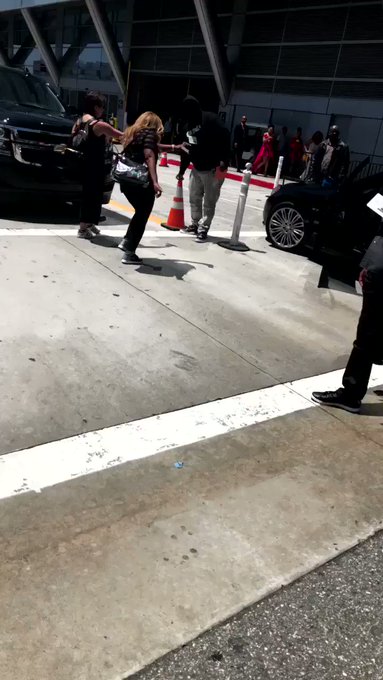 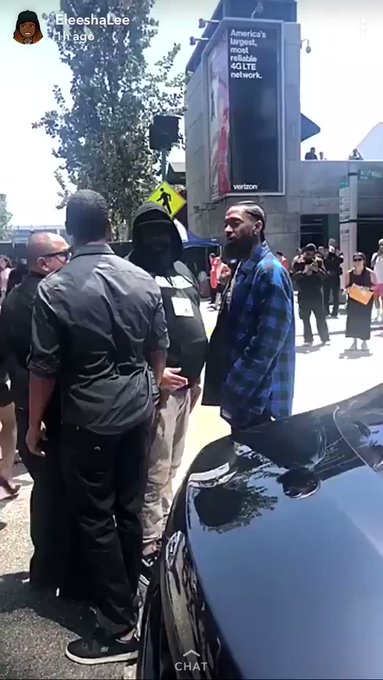 Another angle from the Victory Slap by Nipsey Hussle #BETAwards2018 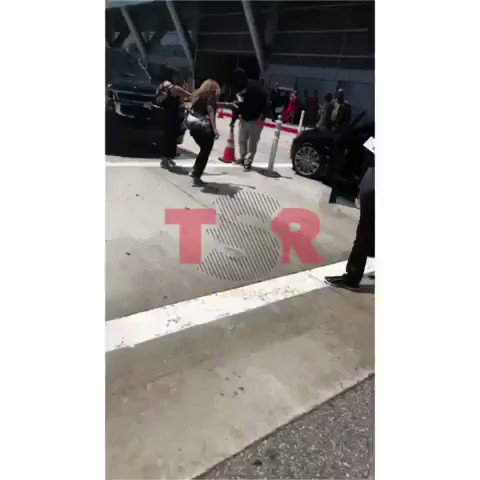 Nipsey Hussle just slapped someone outside of the BET Awards

Nipsey Hussle slapped a nigga at the BET Awards

and did it all in blue flannel Shirt and Nike Slides

Idk who that nigga was to where he thought he could test @NipseyHussle gangsta, Nip smacked fire out that nigga